Visualise this scenario. Having left Australia at 11:00am on a Thursday (EST) pumped for your magical adventure, you arrive at LAX four hours earlier at 7:00am, on the same morning. Awesome! You technically have an extra day on holiday! But do you? By the time you get to your hotel and catch up on some much needed sleep it’s 3 or 4pm. Feeling refreshed and with your hotel so close, you can almost hear the screams and taste the turkey legs but there is literally nothing to do in your budget room. You are so keen to enter the parks but know it would be a waste of one of your Disneyland Days. So what to do? Enter, Downtown Disney.

What is Downtown Disney?

Essentially Downtown Disney is an extra Dining, Shopping and Entertainment section of the Disneyland Resort. The best part? It’s completely free. For anyone from Melbourne’s Eastern Suburbs, think Knox Ozone, or if you’re from Brisbane, the fancy dining precinct at Chermside. (I’m sure there are equivalents in other cities around Australia too.) 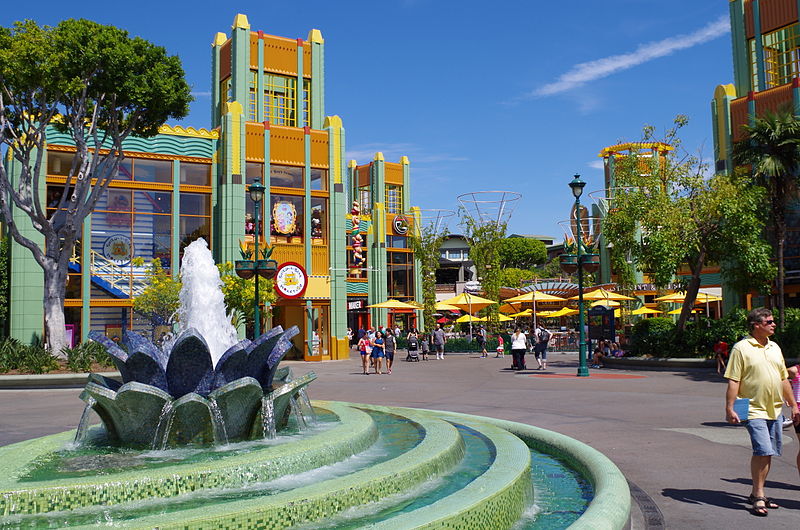 Opened in 2001 as part of the massive expansion (which included California Adventure) Downtown Disney features a great variety of shops and restaurants, along with some extra PAYG entertainment options. It’s here that you can get an early Disney fix, without having to waste one of your precious days available on your ticket. Currently, this area is under going significant transformation due to the planned Disney Hotel.

Not too many extra Entertainment options available, especially since they closed the Cinemas but below are your two choices.

Star Wars: Secrets of the Empire –  This is a Star Wars based virtual reality experience that takes you through a mini story as you battle the Empire. Prices start from about AUD $50 and it’s ages 10+. Tickets are booked separately from Disneyland as it is an independent company.

Splitsville Bowling: For East Coast Australians this tenpin bowling hub is exactly like Strike, with food and alcoholic drinks available, along with a DJ. Might be good if you want a break from the intensiveness of the Parks. Costs between AUD$20-30 for 1.5 hours of bowling.

If you haven’t already blown your budget why not do it outside of the Parks itself? Plenty of extra shops here that are not necessarily Disney. They are listed below:

The World of Disney: A truly massive shop that features many of the items from the parks themselves. Why shop here then? I find it good to sometimes get away from the hustle and bustle of the parks, as they sometimes create a pressure to make a purchase. Here you have more thinking time and are less likely to impulse buy.

The Lego Store: If you like Lego and Disney then you will love Disney Lego! Seriously amazing creations in this large Lego store.

Just a taste of the amazing creations at the Lego Store. Image thanks to Misaochan.

Pandora Jewelry: No explanations needed here but a top tip for Husbands and Boyfriends: Leave your better half here while you go do something fun.

Disney Home: A very high quality Disney homeware store that sells some classy and subtle items for you to use around your home. Definitely worth a look. 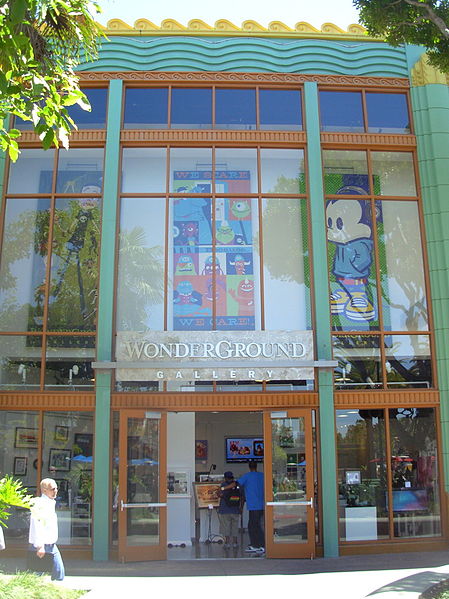 The interesting WonderGround Gallery. Image thanks to Danny Horn.

The Disney Dress Shop: A dress shop that sells a mixture of Disney and vintage apparrel. (Another one the guys may want to skip)

Sephora: A large beauty shop just in case you run out of moisturiser.

Sanuk: This place sells “funk-tional” footwear (their words not mine) get it? Hilarious. On a more serious note you probably won’t need to go here.

Sunglass Icon: If you are desperate there’s plenty of designer sunnies available here. I would buy mine at duty free on the way though…

What’s a section of a Disney Park without a whole heap of dining options? There’s nothing in this list that will blow your mind but it’s handy if you are not entering the parks on a given day. It also tends to be a little cheaper than the restaurants in the parks themselves.

Tortilla Jo’s: A Mexican themed table service restaurant and bar/lounge, serving a large array of Mexican cuisine. Probably one of you better options with full meals under AUD $50. 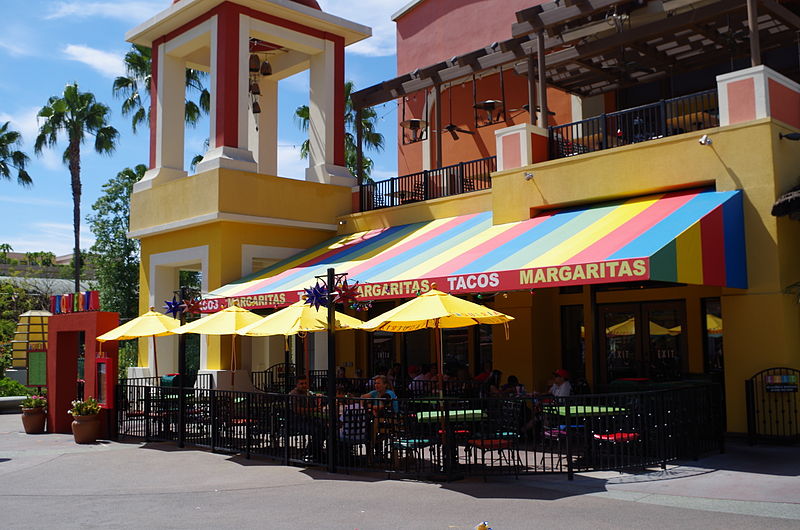 Taqueria and Tortilla Jo’s. Image thanks to Patrick Pelletier.

Ralph Brennan’s Jazz Kitchen: Quite simply a New Orlenans Jazz Restaurant with occasional live music and a cajun/creole menu. It is very similar to anything you can get in New Orleans Square albeit less expensive. Everything Under $50.

Ralph Brennan’s Jazz Kitchen Express:  Another quick service window attached to the restaurant, selling street food versions of the sit down meals. Delicious. Everything under AUD $20.

Splitsville Dining: Burgers, pizza, hot chips and sushi, while you bowl. Nothing over AUD $25.

Uva Bar:  A Spanish style restaurant right in the centre of Downtown Disney. It serves tapas, burgers and craft beers. Nothing AUD $40 and definitely worth a try.

The light and bright Uva Bar. Image thanks to Patrick Pelletier

Catal Restaurant: Probably the closest thing to fine dining available at Downtown Disney. Catal Restaurant serves modern Mediterranean dishes at reasonable prices. Nothing over AUD $50. One of your best bets.

Sprinkles Bakery: A little bakery specialising in cupcakes and cookies.

Wetzel’s Pretzels: A common American food chain that isn’t that great to be honest. Everything under AUD $20.

Naples Ristorante and Pizzeria: A southern Italian restaurant with plenty to offer. It specialises in pizzas including a half metre Pepperoni. That may set you back AUD $66 though.

A little taste of southern Italy. Image thanks to Patrick Pelletier.

Napolini: The quick service option of the above, selling pizza by the slice, boxed salads and pasta.

Jamba Juice: Another chain similar to Boost Juice in Australia. You know what you are going to get here.

Whether you are arriving early or leaving late, this little pocket of the Disneyland Resort is super handy! To get that little taste of the parks before or after your Disney experience, Downtown Disney has everything you need!